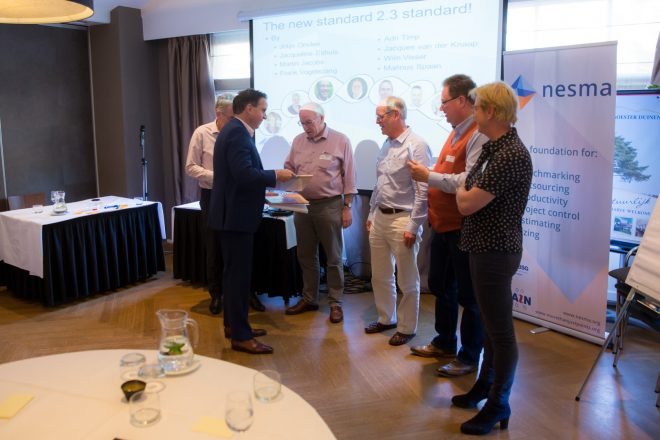 Nesma has revised the standard for function point analysis. As of February 1 it has been accepted as international standard ISO/IEC 24570:2018 by ISO. It is launched officially on April 19 during the presentation of the new standard at the Nesma Spring meeting in Soest.

In terms of content, little has changed. Because the method serves as the basis for cost engineering of contracts, stability was the starting point. Only in a very limited number of cases can a detailed analysis can differ slightly from an analysis based on the previous standard. Detailed analyses are hardly done anymore, because practice has shown that high-level analyses lead to practically identical outcome in much less time. This practice is therefore the starting point in the new standard, making the new standard easier to use. A lot has changed in terms of text. Parts of the old standard that often led to questions in practice have been rewritten. Explanation has been added about how to count maintenance and about the growth of software during development. In addition, text sections that could lead to confusion within agile contracts, have been modified or deleted.

The release notes, containing the details of the differences between the two versions, can be downloaded for free from the Nesma website.

For a Dutch description of the changes see here.

Because the differences between the previous and the new standard are minimal, the existing certifications remain valid. However, all certificate holders need to agree that they still want to be noted as certified in the public register. This is because the General Data Protection Regulation will be in effect from May 25, 2018. The register will be empty at first and refilled with certificate holders that have agreed to publication in the public register. From July 19, the first certification exams will be taken, based on the new standard.